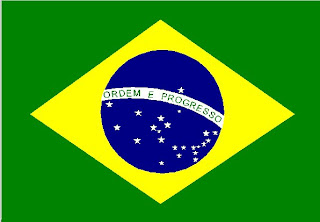 It was discovered in 3 brazilian custums, foreign trade , 1600 ton of blood in paks, preservatives, diappers, syringes and hospital materials ,aslo was sent dirty toys for the poor children that were washed for them ,that come from Uk as plastic goods .

The goverment of Brazil is very angry and ordered to send back this toxics residuals . 755 tons of trash came from english hospitals it was in 40 containers, last thursday were found 16 containers and o n friday 25

UK only process the third part of the trash or residuals that produces and exports the rest to diferent places, China is included .

This time it was way too much to send 1600 tons of toxics , the police and the Institute of Barzil of Enviroment IBAMA, counted 98 containers distributed in 3 ports : Santos (in Sao Pablo),Caxias do Sul and Rio Grande on the south

it was sent as plastic to be recycled and it was domestic trash millon of dvds , part of electronic, pots of food and galons of chemical products ,

this was coming from the english port Felixtowe , the bigger of UK in maritime transportation and one of the biggest of Europe

Roberto Messias , the president of IBAMA was very angry and will no let that Brazil will the a wastebasket of the world, this actions violate the convention of Basilea singned in london as Brasilia and it was accepted and ordered in 1992. It says , no country can send to other toxics residuals to other country

The reasons that Uk can do this kind of actions is that there is a collapse in the market of recycling, like happened to China that they bought 10 milliones of tons of trash recyclable produced by UK but they have to stop to buy that .

The goverment of Gordon Brown infromed that has started an investigation about the companies that the country participate in this dirty business , the secretary of enviroment Hilary Benn, ordered to clear everything , there har 6 companies in the spot responsable for this ,

In Brazil , it is said that the customers who accepted this business were engañandos , believing they import plastics,

this scandal has a history record since 80s when the main the industrialized countries tried to send toxic trash to Asia , Africa , LatinAmerica and Greenpeace Argentina ,his president Juan Carlos Villalonga according to international agreements fought against this issue and it was avoid that his toxic trash could come to the country and it is forbidden by the constitution ,

the main problem now is the existant of a clandestine transferring to Asia and Africa , or electronics , computers , celulars , that will contaminate any area .

it is important how to deal with the over produce of residuals of these countries cause there are no ways to thow away by any method , hope that the scientist in enviroment can find a solution as soon as possible , cause it is growing up , the cases of companies bringing this issues and contaminating the water and the land of other countries and there are not enough international laws to stop this .