School for Scoundrels by Paul Krugman 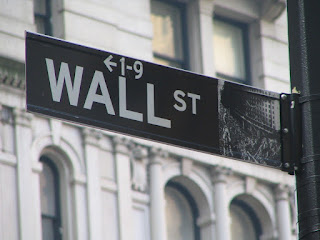 Last October, Alan Greenspan — who had spent years assuring investors that all was well with the American financial system — declared himself to be in a state of “shocked disbelief.” After all, the best and brightest had assured him our financial system was sound: “In recent decades, a vast risk management and pricing system has evolved, combining the best insights of mathematicians and finance experts supported by major advances in computer and communications technology. . . . The whole intellectual edifice, however, collapsed in the summer of last year.”

Justin Fox’s “Myth of the Rational Market” brilliantly tells the story of how that edifice was built — and why so few were willing to acknowledge that it was a house built on sand.

Do we really need yet another book about the financial crisis? Yes, we do — because this one is different. Instead of focusing on the errors and abuses of the bankers, Fox, the business and economics columnist for Time magazine, tells the story of the professors who enabled those abuses under the banner of the financial theory known as the efficient-market hypothesis. Fox’s book is not an idle exercise in intellectual history, which makes it a must-read for anyone who wants to understand the mess we’re in. Wall Street bought the ideas of the efficient-market theorists, in many cases literally: professors were lavishly paid to design complex financial strategies. And these strategies played a crucial role in the catastrophe that has now overtaken the world economy.

This journey to disaster began with a beautiful idea. Until 1952, finance theory, such as it was, consisted of a set of wise observations and rules of thumb, without any overarching framework. But in that year Harry Markowitz, a graduate student at the University of Chicago, gave finance theory a new, hard-edged clarity by equating the concept of risk — previously a vague term for potential losses — with the mathematical concept of variance.

Markowitz’s model told investors what they should do, rather than predicting what they actually do. But by the mid-1960s other theorists had taken the next step, analyzing financial markets on the assumption that investors actually behaved the way Markowitz’s model said they should. The result was an intellectually elegant theory of stock prices — the so-called Capital Asset Pricing Model, or CAPM (pronounced “cap-em”). CAPM is a deeply seductive theory, and it’s hard to overemphasize how thoroughly it took over thinking about finance, not just in business schools but on Wall Street.

Markowitz would eventually share a Nobel in economic science with William Sharpe, who played a key role in developing CAPM, and Merton Miller, another central figure in the development of modern financial theory. Long before then, however, the innovative idea had hardened into a dogma.

One of the great things about Fox’s writing is that he brings to it a real understanding of the sociology of the academic world. Above all, he gets the way in which one’s career, reputation, even sense of self-worth can end up being defined by a particular intellectual approach, so that supporters of the approach start to resemble fervent political activists — or members of a cult. In the case of finance theory, it happened especially fast: by the early 1960s Miller began a class at the University of Chicago’s business school by drawing a line down the middle of the blackboard. On one side he wrote M&M, for “Modigliani-Miller” — that is, the new, mathematicized, CAPM approach to finance. On the other he wrote T — for “Them,” meaning the old, informal approach.

In this sense, efficient-market acolytes were like any other academic movement. But unlike, say, deconstructionist literary theorists, finance professors had an enormous impact on the business world — and, not incidentally, some of them made a lot of money in the process.

This may seem strange, since CAPM and the broader work it inspired were based on the assumption that investors make mathematically optimal investment decisions with the information at their disposal. As a result, Eugene Fama, of Chicago’s business school, wrote, “actual market prices are, on the basis of all available information, best estimates of intrinsic values.” Fama called a market with this virtue an “efficient market” — and argued that the data showed that real-world financial markets are, in fact, efficient, or very nearly so. But if the markets are already getting it right, who needs finance professors?

In fact, however, Wall Street was eager to hire “rocket scientists,” especially after Fischer Black and Myron Scholes, working at M.I.T.’s Sloan School, came up with a formula that seemingly solved the puzzle of how to value options — contracts that give investors the right to buy or sell assets at predetermined prices. The quintessential collaboration between big money and academic superstars was the hedge fund Long-Term Capital Management, whose partners included Scholes and Robert Merton, with whom Scholes shared another finance Nobel. L.T.C.M. eventually imploded, nearly taking the world economy down with it. But efficient-markets theory retained its hold on financial thought.

THE MYTH OF THE RATIONAL MARKET

A History of Risk, Reward, and Delusion on Wall Street.By Justin Fox

Chronicling the rise and fall of the efficient market theory and the century-long making of the modern financial industry, Justin Fox's The Myth of the Rational Market is as much an intellectual whodunit as a cultural history of the perils and possibilities of risk. The book brings to life the people and ideas that forged modern finance and investing, from the formative days of Wall Street through the Great Depression and into the financial calamity of today. It's a tale that features professors who made and lost fortunes, battled fiercely over ideas, beat the house in blackjack, wrote bestselling books, and played major roles on the world stage. It's also a tale of Wall Street's evolution, the power of the market to generate wealth and wreak havoc, and free market capitalism's war with itself.

The efficient market hypothesis—long part of academic folklore but codified in the 1960s at the University of Chicago—has evolved into a powerful myth. It has been the maker and loser of fortunes, the driver of trillions of dollars, the inspiration for index funds and vast new derivatives markets, and the guidepost for thousands of careers. The theory holds that the market is always right, and that the decisions of millions of rational investors, all acting on information to outsmart one another, always provide the best judge of a stock's value. That myth is crumbling.

Celebrated journalist and columnist Fox introduces a new wave of economists and scholars who no longer teach that investors are rational or that the markets are always right. Many of them now agree with Yale professor Robert Shiller that the efficient markets theory “represents one of the most remarkable errors in the history of economic thought.” Today the theory has given way to counterintuitive hypotheses about human behavior, psychological models of decision making, and the irrationality of the markets. Investors overreact, underreact, and make irrational decisions based on imperfect data. In his landmark treatment of the history of the world's markets, Fox uncovers the new ideas that may come to drive the market in the century ahead.

Anonymous said…
Dear Silvia,
I am very impressed by your talent and political savvy. You show a true understanding of the subject areas that you cover and you have done it in a thoughtful and well presented fashion... I really enjoyed your work and will come back to view it often ...Tres Bien!!!
Alan Goldsmith , New York City
August 24, 2009 at 6:59 PM

Anonymous said…
I recently came across your blog and have been reading along. I thought I would leave my first comment. I don't know what to say except that I have enjoyed reading. Nice blog. I will keep visiting this blog very often.

Anonymous said…
I recently came across your blog and have been reading along. I thought I would leave my first comment. I don't know what to say except that I have enjoyed reading. Nice blog. I will keep visiting this blog very often.

Silvia Terigi said…
thank you for visiting here , it is very nice to share all kind of opinions in a constructive way , and there is allot of information not said , that could help allot more to get through to people , and with a consciousness and logical point of view eveything has a solution or a positive messages , and just caring for others suffering and try to do something just a little,will encorage to make a better world , but world start in ourselves , ,,,,I would be glad you share any kind of your interested topics to share a great insight that others could enjoy as well ,
thank you ,,,, no borders , no differences , can let us see with a deeply insight the reality just not looking the surface and the sensacionalism or propaganda and like humans have the skill or give to discern , reason , to see beyond of a headlines .... see the whole scenary is the goal , to analysis and it involves many areas to study and taking seriously , with responsability , and leave the ego stuff and particular fanatism , or self interests , apart ,,
thank you , very much ,,, for all the comments and emails ,, ,silvia
August 25, 2009 at 3:06 AM