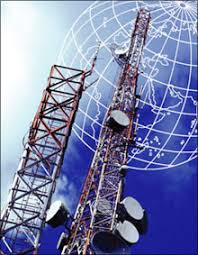 SMBs increasingly are seeking ways to market through digital media, and analytics will be critical component of how they decide to proceed. They want to move away from staid strategies revolving around yellow-pages’ ads or direct mail, and toward Facebook, Twitter, search engines, blogs, forums and email.

Creating, managing an integrating multi-prong approaches across multiple digital channels will be complex, which opens the door for service providers in telecom to do “optimization” and “management” services on behalf of their SMB customers. That is especially true now that cloud computing has evolved to a point that service providers can seriously get into different approaches, such as integration-as-a-service.

As SMBs become more willing to go beyond on-premise and onto public cloud-based solutions, they might increasingly look first to their communications service providers with whom they have trusted relationships. Beyond Internet and communications, perhaps there is more carriers can do to help enterprise customers with analytics that feed CRM and collaborative and management software. If their communications service provider doesn’t have the solution, then they will turn elsewhere, so anything communications companies can do to help SMBs tailor their marketing or optimize management of their resources (whether IT or people) will be seen positively. For example, SMBs want to make the most of analytics by finding, disseminating and sharing information through collaboration tools that integrate somehow with daily workflows and business brocesses. They want new-found information to be easier to find and share—both internal to their businesses and external with outside partners and customers.

In the aforementioned IBM study, 70% of respondents plan to pursue a consultative (IT and business), versus purely transactional relationship with their primary IT provider. But this is a study commissioned by a player with IT interests--IBM, so there is room for carriers in this mix, as the “top barriers” to IT adoption are usually difficulty in acquiring and deploying technology solutions and a lack of IT skills and resources.

The communications service providers have the expertise to fill the gap; it’s just a matter of thinking more about the special needs and requirements of SMBs.

Incumbent telcos around the world continue to invest heavily in next-generation network (NGN) technologies to ensure their long-term future as profitable providers of network services. But while there's a clear consensus on the core elements that constitute NGNs, the telecom industry is still struggling with the concept of the next-gen telco.

Telcos are being driven to deploy NGNs for a number of reasons, including:


The first two drivers are relatively clear-cut and uncontroversial, but the continued confusion over what constitutes a next-gen telco emanates mainly from the question of next-gen services. What and where are the new services that will drive future revenue? The answer, for now, is far from clear.

On the wireline side, the provision of Internet access (especially broadband access) has temporarily filled the gap left by the decline in telephony, while the rise of IPTV is giving telcos hope that "content" will continue to fill in for loss of revenue in mature products. Yet even on the most optimistic reading, triple-play packages can take telcos only so far. IPTV accounts for only a small share of revenue and spending, and the entire content market is in turmoil, as a result of the relentless march of new Web services and sites that are generating a vast ocean of "content." And in any case, consumers spend far more on communications than on conventional content, much of which the telcos have to buy before they supply – a factor that not only reduces margins, but also threatens to destroy them.

On the wireless side, the vaguely defined "mobile data" market is making progress, but the future is murky. There has been a steady drift to flat-rate mobile data packages that mimic the packages already usually offered in wireline broadband, with little effort to differentiate and charge for other applications. Mobile broadband packages tend to encourage the use of existing Internet applications, including email and Google, and efforts to establish genuinely new services that generate new revenues – for example, mobile TV – have had little impact.

The plain truth is that telcos are not sure where to go next to fill the revenue gap left by the dismantling of their telephony business models. For well over a century, incumbent telcos have provided a utility service and utility connectivity to a succession of new infrastructures – analog PSTN, digital PSTN, cellular mobile, Internet, DSL, 3G mobile, and in the future, FTTH and LTE. The focus for telcos has been on rolling out infrastructures rather than supplying new services. Since telcos no longer control the supply of applications and services, most of which emerge from the Web, they no longer control their future sources of revenue. And the drift of customer attention away from telco services and toward Internet and Web services continues apace.

The core questions this raises for telcos are as follows: