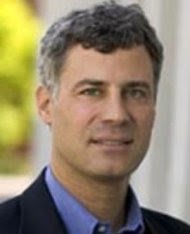 OK, the power is still out at home — but over on Route 1, civilization, plus even a signal (I have Verizon’s internet anywhere, which is actually anywhere except where I live).
So, while the battery lasts: Alan is a fine choice as chief economic adviser. He’s done excellent work, he’s a really good guy, whom I know pretty well, since we keep getting each others’ mail.
Now the question is whether anyone in the administration listens to him …
Update: I gather that there’s some commentary to the effect that Alan is a labor economist rather than a macro person like Christy Romer, and that this means less emphasis on actually increasing demand and solving the slump.
I think that may be reading too much into it. Alan may write about labor markets, but he knows macro and is pretty salt-water and activist by inclination, as far as I know. His advocacy of job tax credits comes from an attempt to work within political constraints, not lack of interest in more decisive solutions. And I think the administration was looking for a high-profile, first-rate economist willing to take the job, rather than tilting toward a particular field.
Also, the reason we get each others’ mail is that Princeton relies on the advanced mail-processing technology known as pigeon-holes, and our slots are next to each other in the Woodrow Wilson School set.

Note: Krueger, 50, served as the Labor Department's chief economist during the Clinton administration, and a look at his curriculum vitae (pdf) reveals that much of his research has focused on issues of employment and wages.
Krueger's study found that the amount of time a worker spends looking for a job decreases "sharply" the longer he's unemployed. Krueger also reported that the jobless are not any more likely to spend time looking for work when their unemployment benefits are set to expire--a finding that undercuts the claim that extending such benefits will discourage the jobless from looking for work.
"Given his expertise in labor economics, he is precisely the right choice to lead the CEA at this moment in history," Treasury Secretary Tim Geithner said of Krueger,


Of course, Krueger will face some institutional obstacles. Past economic advisers with the Obama administration have argued for more aggressive measures targeted at job growth, but were over-ruled after other aides convinced President Obama to focus on deficit reduction. And even with the White House now saying it plans to focus on jobs, Republicans in Congress likely won't support any significant spending measures of the kind most likely to spur growth.
One additional factor may have played a role in the White House's nomination of Krueger: For his Treasury post, he recently cleared the Senate confirmation process, meaning he's likely a good bet to do so again.
Email Post
Labels: Alan Krueger labor economist Paul Krugman