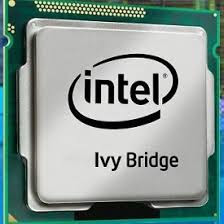 Intel introduces a fundamentally different technology for future microprocessor families: 3-D transistors manufactured at 22nm. These new transistors enable Intel to continue to relentlessly pursue Moore's Law and to ensure that the pace of technology advancement consumers expect can continue for years to come.
Until now, transistors, the core of microprocessors, were 2-D (planar) devices. Intel's 3-D Tri-Gate transistor, and the ability to manufacture it in high volume, mark a dramatic change in the fundamental structure of the computer chip. Learn more about the history of transistors.
This also means Intel can continue to lead in powering products, from the world's fastest supercomputers to very small mobile handhelds.

Transistor size and structure are at the very center of delivering the benefits of Moore's Law to the end user. The smaller and more power efficient the transistor, the better. Intel continues to predictably shrink its manufacturing technology in a series of "world firsts": 45nm with high-k/metal gate in 2007; 32nm in 2009; and now 22nm with the world's first 3-D transistor in a high volume logic process in 2011.
With a smaller, 3-D transistor, Intel can design even more powerful processors with incredible power efficiency. The new technology enables innovative microarchitectures, System on Chip (SoC) designs, and new products–from servers and PCs to smart phones, and innovative consumer products.

Transistors in the 3rd Dimension


Ivy Bridge set to release around April 2012.The charts show the Intel Core i7-3770, which is a has 4 cores (8 threads) at 3.40 GHz, with 8MB L3 cache .
Tthere is an improvement across the board with the new Core i7-3770 processor.
Intel states the improvement is due to improved architecture and a higher turbo boost performance. This may be attributed to the new 22nm 3D Tri-Gate technology utilized with the upcoming processors.
Intel's HD Graphics 4000 offers over current gen integrated graphics. The improved HD Graphics 4000 features an enhanced AVX acceleration, support for DX11 & OpenCL 1.1, along with PCI-Express Gen 3.0
The new Ivy Bridge processors will be at the same price points as the current generation Sandy Bridge processors that the upcoming platform is replacing.


Ivy Bridge is a smaller, faster version of Sandy Bridge. Here are its marquee features