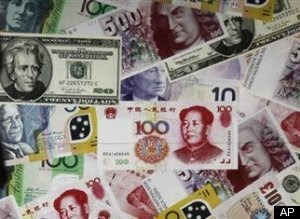 The recent financial crisis has brought renewed attention to governance of companies in the financial sector. Questions are being raised as to how we ended up in the current situation in a sector already heavily regulated and under tight scrutiny by financial authorities as well as market participants. Some of the answers must be found in the sector’s culture for corporate governance.
The new millennium is still young – not even nine years old. Still, during this time, the world has already experienced two major market crises. The burst IT bubble in 2000 and the ensuing corporate scandals among giants like Enron, Xerox and WorldCom cost investors billions of dollars and sent shockwaves through the economy.
The situation sparked a mistrust of the commercial system in general, and gave rise to the Sarbanes Oxley (SOX) act in July 2002. SOX sets new standards for all public US companies in order to ensure sound corporate governance and hence protect investors from losses incurred by bad management and controls, hidden risk and exposure or outright fraud. The need for common guidelines for corporate governance is however a global phenomenon, and SOX compliance was quickly adopted as a common benchmark for governance worldwide. However, despite the SOX initiative, the world found itself in turmoil again in 2008. This time though, the scenario was different. Whereas the situation that led to the SOX legislation came on the back of the collapse of an overrated IT segment followed by revelation of cheating, fraud and bad management amongst leading blue chip companies, this time the crisis struck at the very foundation of the capitalist system – the institutions in charge of ensuring availability of capital and funding of corporate activity.
The crisis started amongst the financial institutions with sudden collapses of big international banks like Bear Sterns, Lehman Brothers and Merrill Lynch as well as leading insurance groups like AIG and US mortgage lenders Fannie Mae and Freddie Mac. It spread like fire across the entire international capital marketplace and the financial system was brought to the brink of melt down. Liquidity was frozen by banks out of fear of losing out on counterparty default, and the mechanisms for funding of commercial activities thereby basically came to a standstill. The entire corporate world was soon embroiled in a deep and spiralling crisis.
Was this excessive gearing and exposure understandable? From a short-term profit perspective – absolutely. From 1998 to 2006, house prices in the US were booming, and as the saying went, ‘when the music plays, you have to get up and dance’. Was it prudent? Not at all.
So the only reason for expecting the imbalance between rental and house prices to be sustainable, would be if there was a fair expectation that household income would increase correspondingly so that renters would be able to pay higher rent
One can only guess why the carrousel then was allowed to continue spinning at higher and higher speed. The explanation is most likely that the markets lost control through a lethal cocktail of weak corporate governance, short-term greed and lack of transparency and understanding of true risks and exposures. The big international banks operate in departmental silos, each with their own performance goals

The situation calls, again, for increased focus on corporate governance. The financial sector is faced with special challenges in this respect compared to other segments. The financial industry relies heavily on information, loads of information, and this information needs to be available at the right time, which, in many cases, means immediately. Furthermore, companies in the financial sector can rapidly change their overall risk profile, through actions undertaken by portfolio managers or traders, and the different firms are so intertwined in their business that the collapse of some big players quickly develops into a systemic crisis that affects the whole market.
As information is the clue, sound corporate governance in the financial sector should start with creating the foundation for making the right information available to all levels in the organisation
The statistics will not help you much in times of extreme volatility or movement in prices. Sound risk management should therefore first and foremost take care of the bread and butter needs of the organisation. A company needs to have a true picture of how it is exposed and what the consequences are if such exposures turn into true liabilities.

Based on the hypothesis that you do not get what you expect, you get what you inspect, legislators very wisely make huge efforts to try and control the financial marketplace in a way that promotes good corporate governance but preserves the basic ideas behind the free market economy. a company needs, of course, to comply with regulation. The consequences of not doing so will be fines, compensation claims, loss of reputation and even loss of license to operate.
GRC is becoming increasingly challenging for the financial sector due to its complexity. It is however not always the best approach to throw a complex solution at a complex problem. For the financial industry it is crucial to get the fundamentals in place, and this means a proper IT infrastructure to ensure quality and timely data